Politics | Chinese Ambassador Called To White House After Overnight Sanctions: "We Do Not Want A Crisis"

In response to China's sanctioning US House Speaker Nancy Pelosi overnight, the White House has summoned China's ambassador to the US, Qin Gang, on Friday morning to complain about Beijing's "provocative actions" - also of course the massive PLA military drills which are ongoing around Taiwan.

Taiwan's defense ministry has said the drills are an attempt at blockading the island, following Pelosi's overnight trip earlier this week which infuriated China, also on Friday leading it to cancel a series of US-China bilateral talks, including military ties and dialogue.

According to a Bloomberg report from earlier this week, Pelosi's Taiwan visit was not backed by the White House, but instead left the administration in a desperate scramble to salvage the diplomatic pieces with China. "But behind the scenes, officials in President Joe Biden’s administration were fuming at her insistence on using the trip as a capstone for her career at a moment of highly delicate relations with Beijing,"

At one point, her team suggested she might consider delaying the trip if the president publicly asked her to. Biden advisers didn’t believe that was a good idea, not least because they were unsure that she would comply, people familiar with the exchange said.

Chinese Ambassador Called To White House After Overnight Sanctions: "We Do Not Want A Crisis" | ZeroHedge

ZeroHedge - On a long enough timeline, the survival rate for everyone drops to zero 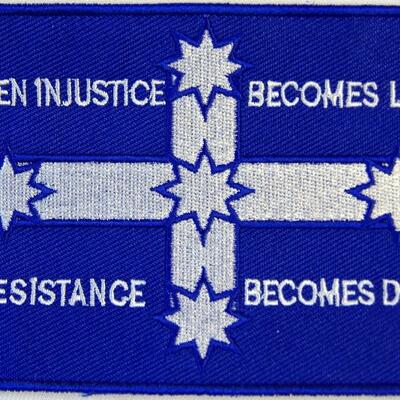 Foggydew@Foggydew
14m··News
Trump was right when he said "wherever she goes she causes trouble" looks like she was willing to trigger a war with China in order to create "a capstone for her career' no wonder the president of South Korea refused to meet with her. These senile insane elderly Democrats are not just a threat to the safety and freedoms of the US people but to all the people of the world.

Bidens people are full of crap, He could have easily grounded her plane if he didn’t want her to go just like Trump did.

it was an Air Force plane.

Premium
Took the heat off of Brandon’s miserable domestic record for a week.

And protected by god knows how many more USAF planes, Naval planes and land based planes.

At one point Okinawa sent 8F15's with 5 tankers together specifically for spar19. They joined up with the Tai Escort Fighters which were also 8. Sentry was near Kadena AFB there watching everything as was Reagen and Lincoln together inside the path of Spar 19.

Even a Rivet Joint was involved sniffing on everything. It must have been a hell of a gold mine for it.

22 more tankers went to Japan that day along with clouds of more eagles and other assets. We only own like 120 tankers so... thats a good chunk of our assets going to cover the old hag.

I think Biden and company bleated to her dont go. And true to form the stubborn little bitch went anyway.

There was also assets for air defense hot and seeking at the actual song airport on TV as the plane came in live. Videos of them came out later among other things.

There was a period of three minutes or so where our fighters were inside shooting range of Chinese Fighters more than capable of taking a shot and close enough to do so. One fat bird of a 737 would be like shooting fish in a barrel.

However, its clear that we are in what we called "Operations Short of War" period during the cold war era. That means China is progressing everything land, sea and air. By the time we think ok, its time to hunt chinee... they would have gotten their first shots in but good.

Keepingon said:
Bidens people are full of crap, He could have easily grounded her plane if he didn’t want her to go just like Trump did.

it was an Air Force plane.
Click to expand...

Biden didn't want to upset Pelosi because she is a key member of "team distraction" for this administration.
And China can say whatever they want to talk tough on the world stage because with them having Biden over the barrel with his corruption and him being compromised, China is holding all of the cards.

Rastus said:
Took the heat off of Brandon’s miserable domestic record for a week.
Click to expand...

apparently you have not been watching CNN
this was Brandons best week
quite possibly the greatest week a president has ever had
unemployment fell (even though jobless claims rose)
the Dems get to spend almost another trillion on pet projects- which is what the American people really want. Hundreds of billions on "green energy" which is awesome because as we all know worrying about inflation and crime and energy prices is all white privilege stuff
and some terrorist that Brandon help install got whacked
if only he can get the American hating WNBA player home, I think we are talking Nobel Peace Prize and a little statue saying " Greatest President Ever"

China says they are staying put.

They call this training under real war conditions. Whoo hoo. Bully for them.

I tell you what this is really all about.

China knows Biden and company (Thats the USA...) does not have the balls to sink them on this side of that non credible redline. So the Chinese run amok laughing because they can have it all, the Island and their chips that support modern living in half the world.

And they can do it now. Just a matter of acceptable losses to China.

USA wont have anything afterwards. They beat their chests, roar and pretend militarily but there is no boner behind that posturing. Its all bullshitery.