Premium
How about prosecuting thieves for I dont know stealing ?

steercrazee said:
You notice they dont do it in the south. Just the liberal cities that have vilified the cops
Click to expand...

Yep. Vilify, defund, and handcuff the police, what could possibly go wrong?

The inner cities deserve the violence that surrounds them.

Bubba74 said:
these arent in the hood
this was a Louis Vitton store and then a Nordstrums
They are going to the suburbs because that is where the good stuff is
eventually these stores will close, cant absorb the loses
Click to expand...

Gosh, where will the Biden voting soccer moms get their fancy clothing if they pull their stores out of the 'burbs?
The "Karens" aren't going to like that.

buffalobill said:
That's exactly what it is. They know rich white people in the suburbs are the easiest targets. They're the neighborhoods full of whiny smarmy ***** do gooders looking out for the environment, sexism, racism, and every other stupid white guilt crusade.
Click to expand...

The ignorant white suburban bitches had a choice, vote Trump and keep their Gucci purses or vote Biden and have their stores looted then leave town. They'll get what they deserve. And just wait until an illegal rapes their daughter.

Rastus said:
Move the stores to Republican run neighborhoods, I guarantee this nonsense will stop just like their rioting stops at the line. These pukes know they’ll get shot.
Click to expand...

Yep. And in Republican areas the police aren't handcuffed by an ignorant leftist Mayor either.

Bubba74 said:
How about prosecuting thieves for I dont know stealing ?
Click to expand...

They aren't stealing or looting, they are just trying to get bread for their family to eat.
-----AOC

Premium
Lol.
Walmart locked up their “black beauty products” because of high theft and they are accused of racism so they unlock them and apologized. Talk about getting played.

Premium
These corporations are encouraging theft by pandering to the black thieves.

They aren't stealing or looting, they are just trying to get bread for their family to eat.
-----AOC
Click to expand... 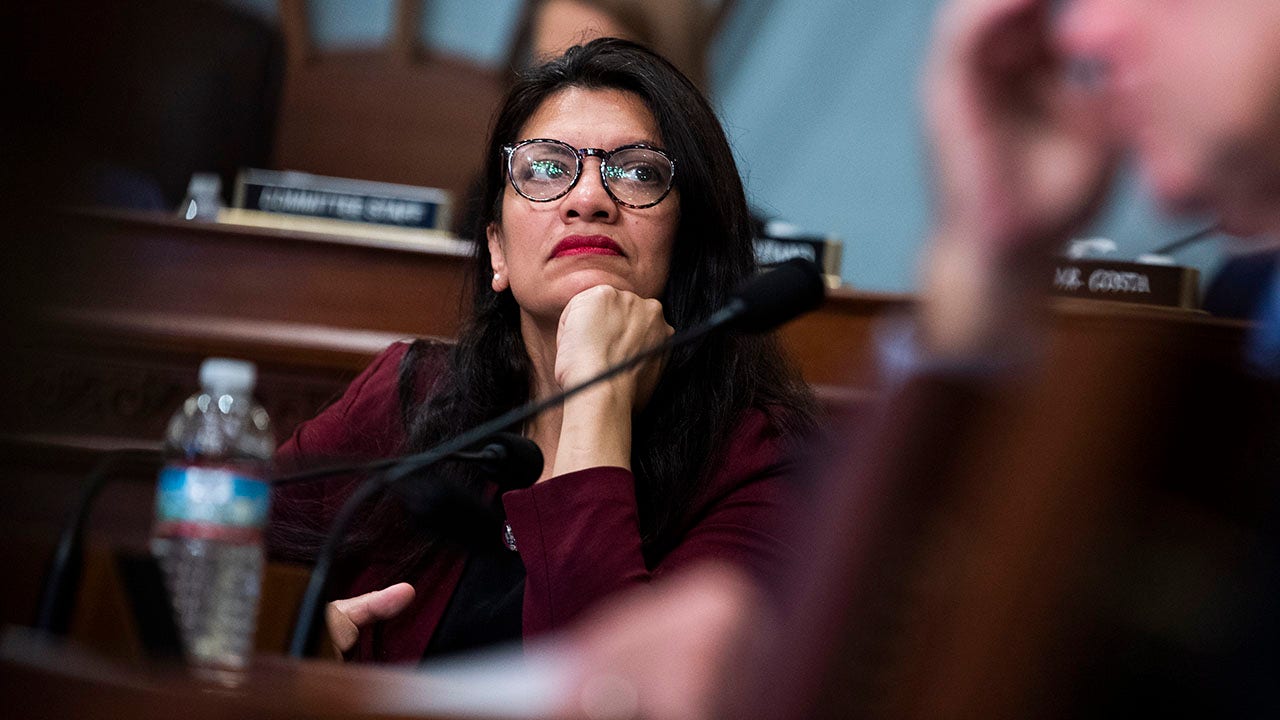 'Squad' Rep. Tlaib grilled over bill that would empty federal prisons in 10 years

Rep. Rashida Tlaib, D-Mich., faced a grilling Monday by Axios reporter Jonathan Swan over her endorsement of a bill that is described as a "roadmap for prison abolition."

During an interview Monday with Axios reporter Jonathan Swan, Tlaib was pressed on her support for the BREATHE Act, which calls for the Department of Justice and the Department of Health and Human Services to create a "roadmap for prison abolition," including the "full decarceration of federal detention facilities within 10 years" and "a moratorium on all new federal prison, jail, immigrant and youth detention construction.
Click to expand...

How do you destroy a country
let people that hate that country, run that country
Go job America 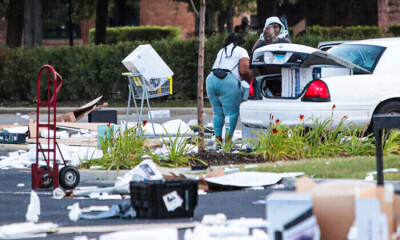 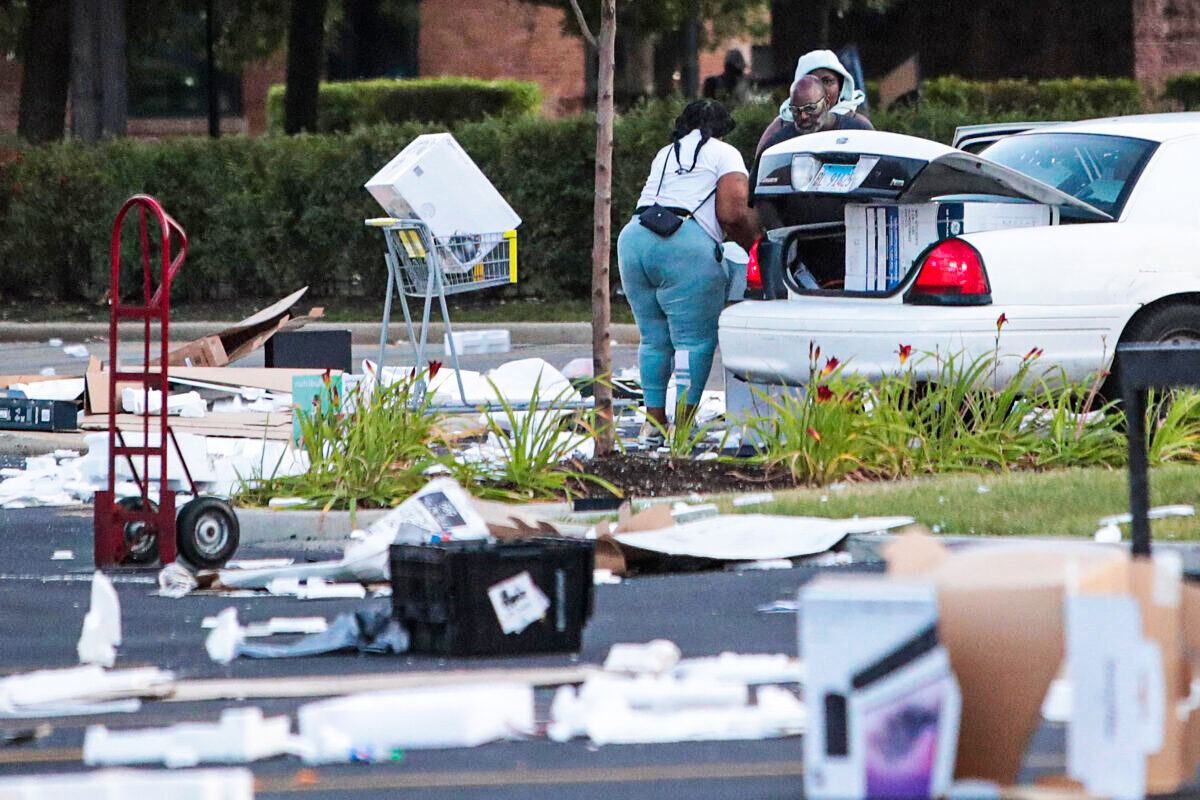 m.theepochtimes.com
I hope those people are ready for a merchandise desert because that’s what they’re going to get.

m.theepochtimes.com
I hope those people are ready for a merchandise desert because that’s what they’re going to get.
Click to expand...

Premium
Sell their stocks immediately. Corporate America gets what it deserves for pandering to these savages.

Pull out of the hood and let them loot each other to survive.

Northern Flash said:
The ignorant white suburban bitches had a choice, vote Trump and keep their Gucci purses or vote Biden and have their stores looted then leave town. They'll get what they deserve. And just wait until an illegal rapes their daughter.
Click to expand...

The daughters Ive run into at 14 going on 40 tend to round up illegals to be serving on them and their needs meekly. Just like we used to round them up on the corner to run a shovel or pick for cash money.

Premium
I watch these videos
they are pretty much all minorities, pretty much all black
and people are shocked in their neighborhoods there is a larger police presence.
Police tend togo where the crime is.
statistics bear it out
now as this hits the suburbs these leftist "do gooders" will see what their policies have brought

Ya know, normally I do not get into people living here or there. When you live somewhere long enough you get to know the pattern of both the lawful and criminal sides of any given place.

I am always late somewhere on a given issue if enough time has passed. And I believe that mental health combined with the organized refusual of Doctors to prescribe what needs to be prescribing has caused a larger percentage of all people in any given place to seek alternative sourcing, doctor shop or outright decide to source it illegally outright.

When the Law is called and I have called them from time to time for necessary things that they may be useful. One of the very best calls was late one night Wife and I was in need of face time with anyone other than just her and me prior to our divorce. No domestic either, just here in the south times the Law will show up and have a sit a spell to talk to her and I whatever might be a solution or issue and go from there.

A world of difference than say calling the Law in Baltimore. They will just roll in, pigpile everyone inside the address, cuff everyone, shoot the squirters and then only then decide who needs to be charged with what. Which by that stage is pretty much everyone. Here in the South some things are very low key and handled as such.

We were already known to the Law from our Trucking days and also from our old house and lands being open to them if they needed to corral somewhere quiet a few times a day and not worry about us. OR us worrying about them. So for one or both of us to call the Law specifically means things are not going that great and we can use a hand somewhere. Not necessarily applied violence and enforcing of some law or whatever.

And I think that is where some police departments fail just a tiny bit. There is no what I call volunteers or reserves with the Sworn Ranks to go to problem places and have a sit.

Does that make sense?

Premium
Statistically speaking, the suburbs are loaded with white folks who could afford to flee the inner cities years ago, yet those same white folks seem to forget or ignore what the reason was for them fleeing the inner city. Living in their plush suburbs has caused them brain damage or clouded memories because now they've got this compassion for what they fled. Their compassion will hit home soon enough, because when the inner city scum can't find food and products that they need for survival, they'll go to the burbs to get it, and the crime comes with it. They'll eventually get what they deserve. We're already seeing the crime move out of the cities and into the burbs.
Keep voting Democrat if you wish, but you might want to stay in your bunker and keep your kids inside.
You must log in or register to reply here.
Share:
Facebook Twitter
Top
AdBlock Detected