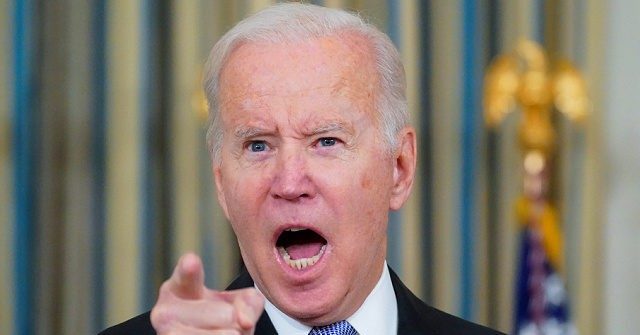 Biden expects to target Trump in his speech on Capitol Hill marking the first anniversary of the January 6th protests of the 2020 election.

Biden expects to target Trump in his speech on Capitol Hill marking the first anniversary of the January 6th protests of the 2020 election.

they have been getting that teleprompter ready for weeks in anticipation of this day
The coverage began yesterday on 6thmas eve when NORAD's Trump tracker showed a replay of what Trump was doing in prepartation
Click to expand... 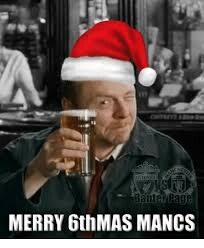 Toby said:
They might as well turn it around to face the crowd because after all Joey had to call a kid at 1 pm yesterday to “think”
Click to expand...

Bubba74 said:
thought Brandon took yesterday off
after all nothing really going on America is running like a fine oiled machine
Click to expand...

And with minor children being in precious short supply around such controlled facilities such as the Washington DC ending field trips etc... Biden must have been experiencing withdrawal issues.

I distinct recall my last visit to the white house in the Carter Years. We were herded into a gold room to sit and wait a minute while they changed staffing for our tour. Behind a door left open one woman told another...

There they be 5 bus loads of the little ****s. I hope you can dispose of them fast upstairs. The sooner the better.

These were important staff under the orders of Carter doing work that potentially ensured a sunrise the next morning and freedom for the rest. But no. They get herded and roped into carting busloads of kids.

There is a particular desk in a smaller office by a larger door. That one is the Oval Office. The staffers wanted to stay in the office ready at a moment's barking from our Dear President Carter when he has a moment for them in between peanuts and saving the world.

That white house tour lasted exactly 8 minutes. 3 minutes of waiting in between half jogging through the place. Isnt that awesome? all that crap about no running, no misbehaving, no acting inappropriately and we go dashing through that Gold Room. A very big important room. But zooom. gone.

Premium
Democrats are wasting their time again. Nobody cares about this trespassing in the capital.

Gasoline and murders have doubled in peoples own cities so maybe if democrat freak show would address that instead the might actually connect with people. 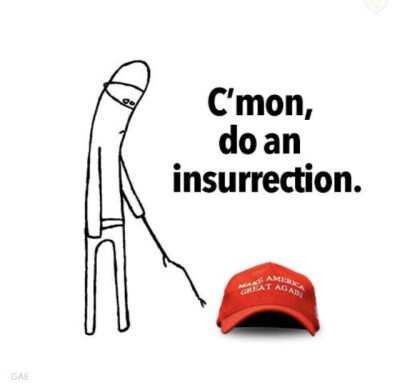 Premium
AOC was in another building and thought she was going to get rapeed.
Jan 6th was serious business.

Rastus said:
AOC was in another building and thought she was going to get rapeed.
Jan 6th was serious business.
Click to expand...

And didnt AOC put her self into a position to imbibe strong drink among a section of Society that cannot be bothered to worry about little things like the law? 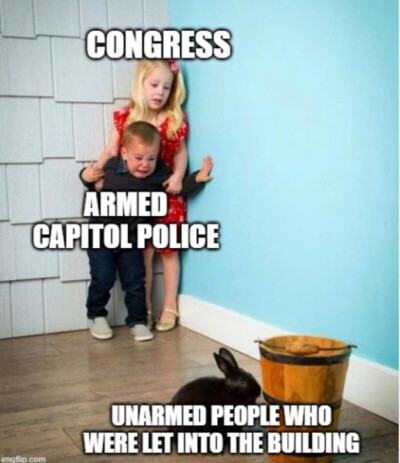 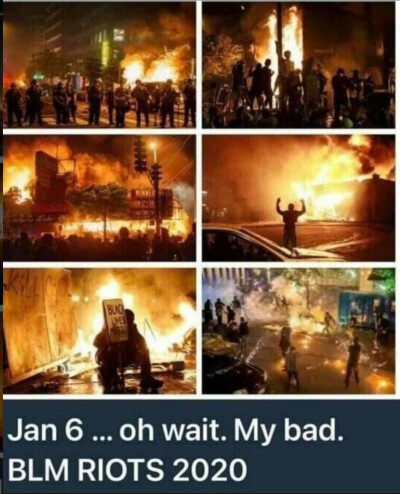 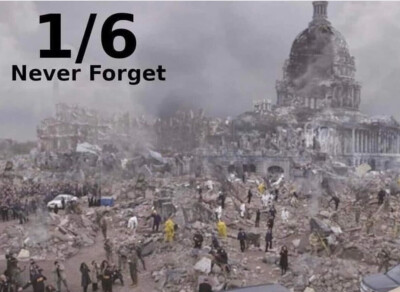 Rastus said:
Democrats are wasting their time again. Nobody cares about this trespassing in the capital.

Gasoline and murders have doubled in peoples own cities so maybe if democrat freak show would address that instead the might actually connect with people.
Click to expand...

No…they would not. If times were like that of the ‘Great Depression’, when most people were jobless, hungry, and without hope, even then they would only care about some Mickey Mouse riot in DC.
A

People who still support Trump have to come up with a different narrative than what actually happened because that is the only way they can stomach it. First it was blm and antifa that stormed the Capitol, next it was an FBI plant that urged everyone to storm the Capitol and finally there is the "It was a peaceful protest".
As for weapons ,there were plenty.....At least 2 or more were arrested for carrying a handgun on Capitol grounds and also stun guns, bear spray, batons, axes and knives and we will never know how many were carrying concealed.
Try to keep the replies to the post and personal attacks mean you already conceded.

Premium
We were told it was an "armed insurrection"
two handguns out of the hundreds of people
how many were in Kenosha?

Then the entire reality of the situation
where these people really going to take over the govt?
if so, why did they have flights, bus tickets and or other transportation home. Usually when one takes over the government they dont then leave the govt they then over took

Was 1/6 bad?
yes
is the lefts hyperbole over the top and reckless?
yes
A

What do you think would have happened if they had gotten their hands on Pelosi, AOC, Pence or any politician. Also if they had been able to get the ballots.
You must log in or register to reply here.
Share:
Reddit Pinterest Tumblr WhatsApp Email Share Link
Top