BLACKBEARD-R59 said:
Well..if 2 mambers have KK's approval to observe that is good enough for me.
Click to expand...

We sent 2 good Union men up there who were commented NO voters to be observers....they did a hell of a job keeping us updated all through the process and will atest to it as being just like I said in the last 2 times I went up there to observe myself.....ain't no way to beat the system....if that were the case, then the no vote was ABF was a fix too?.....yeah....food for thought....KK

hanalad said:
Estimates have already been released by YRCW Oct. 18. YRCW will claim a 18-22 million loss this 3rd quarter.
Click to expand...


Like you said that is estimates but wait until the real numbers come out and they will be the street.......The big boys want to cash in on their stocks.....Just wait and see

electraglideatl said:
Like you said that is estimates but wait until the real numbers come out and they will be the street.......The big boys want to cash in on their stocks.....Just wait and see
Click to expand...

anybody start their xmass shopping yet?

electraglideatl said:
Look for YRCW to report great earnings near the end of this week and their stock price will soar off the backs of the yes votes...........I am not kidding........nuff said
Click to expand...

Hopefully if soars high enough that I can dump it.

hanalad said:
Estimates have already been released by YRCW Oct. 18. YRCW will claim a 18-22 million loss this 3rd quarter.
Click to expand...

Estimates and predictions don't mean anything. We'll wait for the facts. Oh, wait, If YRCW said it.......It must be true.
T

I'm thinking class action suit for misrepresentation against the IBT. Here's the M.O.-YRC wants more, calls Union, packaged as "Job Security Plan", vote.....Done! The Union has become a salesman for this company. If people are foolish enough to believe that YRC will never want more, they are fools. Anyone with time in frieght can attest to how YRC treats and has treated it's employees. Being herded and put out to range like some lowly sheep, that the Union has let us become, only to be brought in to be shaved bare whenever YRC needs more "wool" to keep afloat, is no longer a "career". It's just a job. Time to get another one. The time for unity has come and gone. We missed the boat on that one. I feel for senior men who are close to retirement. You have no choice. I feel the need to cut my losses now. My choice, not theirs. Which is what we didn't get from our "leaders". I agree with some who say this is the end of the Union as we knew it. I can hear the recruitment speeches now " Join us and be thankful for 1/2 a loaf of bread, it's better than no loaf". Why would a young man take a Union job these days: $1000 dollar entry fee, reduced wages for 2 years (minus the givebacks), no guarentee of work, no pesion (come on 25%) and 2 hour work call anytime all week. Seems to me most people would sit home and take the 99 weeks.
Am I angry? Damn right! It sucks to be getting screwed and know full well while it's happening. Will things ever get better? Maybe? Maybe not? Who has the time to wait and see. I for one don't think it will be anytime soon.
Are there worse jobs? of course. Are there better ones? I'm sure. But I will not just sit around and do nothing. Whining and complaining accomplish nothing. Actions do. Life is too short.
Thanks for letting me vent. I almost feel better.
Well, not really but ....
T

I LOVE IT ! we think alike chicago roadway
T

NO WAY NO HOW

they were replaced by 2 jackass's over a flat tire
A

"For years everyone sucked the toes of Ronald Reagan and thought he was the best thing since gravy but look at history and say the same thing when he took office the union employment level was at 28% in the private sector.


What reports are you reading??? 7% and falling, they are at 9.6% and have been stable for one month after how many months of increasing unemployment. Taking for granted you can trust the democratic party run house ways and means committee. .If you want to discuss politics, I would be glad to do it in another forum. Interesting little rant blaming anybody except those who are to blame: Corporate management at YRC and those of us at YRC who fell for their ploy, and allowed our so call "union representation" to sell it to us. I really don't care how anyone voted, we should have told our representation that they were fired for bringing such seeping changes to work rules and classification
J 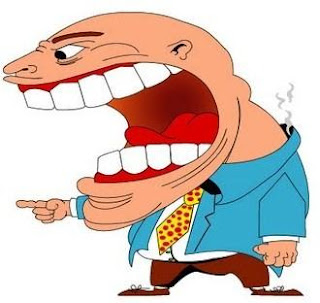 In case anyone hasn't heard.

ABF operates a service center in Manteca. YRC, known for its Yellow and Roadway trucking brands, has a terminal in Tracy.

YRC announced Saturday that its Teamsters employees had approved a new labor agreement with concessions to help keep the company afloat.

"The NMFA applies equally to every company that signed it and quite simply, with these three amendments, it does not do that," Wesley Kemp, ABF's president and CEO, said in a statement. "We need a long-term, industrywide solution that is fair to all NMFA parties."

Jeff said:
This has been all over this forum a maximum of 5 minutes after this news broke yesterday
Click to expand...

OOps sorry. I was out job hunting

potchagalloop1 said:
OOps sorry. I was out job hunting
Click to expand...