The Hubris of the School Boar

"I dont work for you"

nice vote them all out

"I dont work for you"

He’s a little pompous wouldn’t you say? Yes the voters were the ones who elected this person to that position, yes the people speaking out are those same voters, so yes you do work for them. Libs of TikTok is dropping bombs once again. On Monday night, the independent journalist exposed yet another issue within US Public School system – this time, posting a damning thread that includes two undercover videos taken by a pair of brave high school students that show employees of a...

In two separate videos that were taken a short time apart by the teenagers – one who’s 15 and the other who’s 16 – employees of the mobile clinic can be seen signing them in and clearing them to get the jab – even though they showed up alone, which is something the school had assured parents would not happen under any circumstances

Just one day before the clinic was held, Littleton Public Schools Superintendent Brian Ewert responded to parental concerns by claiming that “students under the age of 18 cannot get a vaccination without parental permission and they must have a parent or legal guardian present with them to sign consent.”

He also clarified that the policy “is required for all doses” in his email response to a parent who demanded the planned clinic at the school be immediately canceled.

Premium
It's time to get our kids out of the public school system, but in the meantime time, get these bastards fired.

Premium
The Libs running big ed don't think they need a parent's permission to do anything to our kids, including gender identity crap, so this secret jab operation shouldn't surprise anyone.

Libs of Tik Tok
@libsoftiktok
Student records teacher bullying him over a mask. The teacher then punches the phone out of the student’s hands.
These people have really lost their minds and all common sense

Student records teacher bullying him over a mask… damned nuts out there. – Whatfinger News' General Dispatch 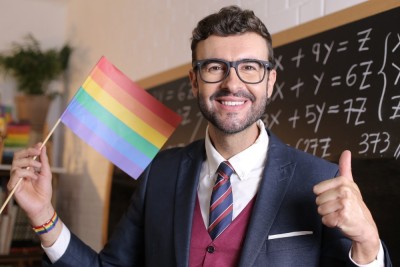 As a fellow resident of the former Golden State, now a collapsing socialist disaster, the liberals running the political and education systems in California, have lost their collective mind.

The radical Lbtqacb123 mob is disregarding parental rights by illegally trying to indoctrinate their children in the public school system, especially teachers whose entire identity is based on who they have sexual relations with
A California mother is taking legal action against a school district, claiming that two teachers secretly manipulated her 11-year-old daughter into believing she was a transgender boy


She alleges that Buena Vista Middle School teachers Lori Caldeira and Kelly Baraki ‘planted a seed’ in her daughter’s head that she was bisexual, then went on to convince the youngster that she was actually a transgender boy


Konen also claims that Caldeira and Baraki – who ran the school’s ‘You Be You’ equality club – provided information for her daughter on how to bind her breasts to stop them from developing. She says the school kept her in the dark about what was going on until a December 2019 meeting.

After schools closed and went remote during COVID in March 2020, Konen says her daughter, who has not been named, was once again happy to identify as a girl when away from the influence of the teachers and school bosses she is now on the verge of suing. As a fellow resident of the former Golden State, now a collapsing socialist disaster, the liberals running the political and education systems in California,
chadprather.com

LOW LIFE ALERT: Listen to this infuriating attack on kids – and their lunch time…. HOLY SH*T what the friggin hell?


Libs of Tik Tok
@libsoftiktok
A Virginia high school has reportedly been segregating masked and unmasked students since @GlennYoungkin’s new masking order took effect.
Here a teacher tells the unmasked group that they will only get a 15 minute lunch while the rest of the school gets 30 minutes:

Quoting an opinion piece in The Washington Post by a former Virginia Secretary of Education, Randi Weingarten, president of the American Federation of Teachers, the second largest teachers’ union in America, tweeted, “Racists … are showing up in droves to school board meetings, threatening members and superintendents with recalls, firing — and worse. It is dangerous. It is divisive. It is un-American. As Virginians, let us remember our history and not repeat the errors of our past.” 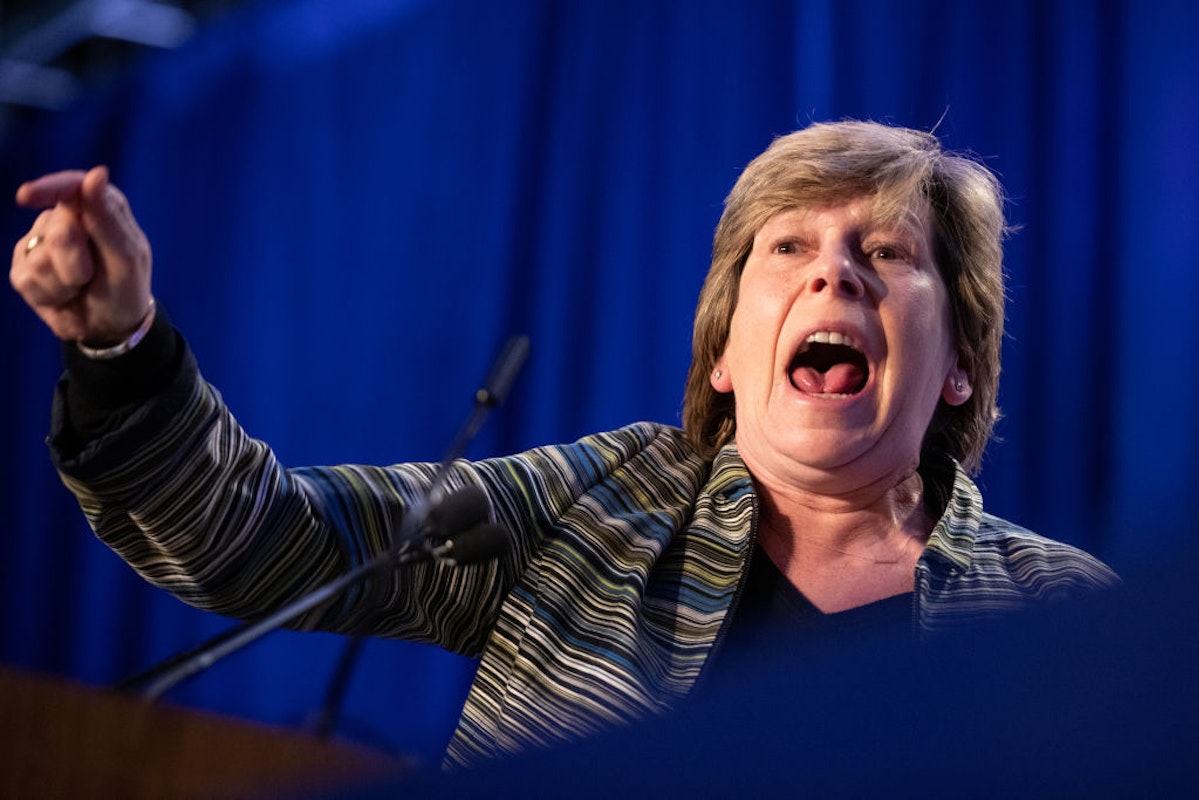 
Interestingly, the actual quote from the opinion piece by Atif Qarni does not state at the beginning “Racists” but “ⓇⒶⒸⒾⓈⓉ parents.”

CA High School Barricades Maskless Children In Gym, Staffer Turns Down Thermostat To “Freeze Them Out” 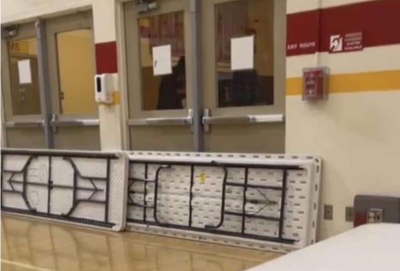 CA High School Barricades Maskless Children In Gym, Staffer Turns Down Thermostat To “Freeze Them Out”

When will the staff, administrative, school boards and teachers Unions be held accountable and charged with Child Abuse?

ConversationLibs of Tik [email protected] commenter shut down by board member mid-speech for showing images of board members maskless while they require masks for students.
https://twitter.com/i/web/status/1494090551116787714

Canadian truckers fighting Covid “vaccine” mandates are “rooted in extremism”, “overstating their size and popularity,” and supported by “fake accounts with ties to foreign content mills,” according to a lesson for schoolchildren devised by the “News Literacy Program” (NLP).

As reported at RAIR Foundation USA earlier this month, the News Literacy Program claims 37,000 educators use their “Checkology” online platform. This program “teaches school children how to be mindless leftist narrative consumers,” as previously observed at RAIR. The NLP warns that “common misinformation themes” include phrases such as “[T]he media won’t report this” and “[D]o your own research”.

A mass email sent to teachers and supporters Monday dedicates an entire section to the Canadian truckers, who have dared to fight back against coronavirus tyranny and “vaccine” coercion. The propaganda, referred to as an “educator’s guide to the week in news literacy,” can also be found on their website. 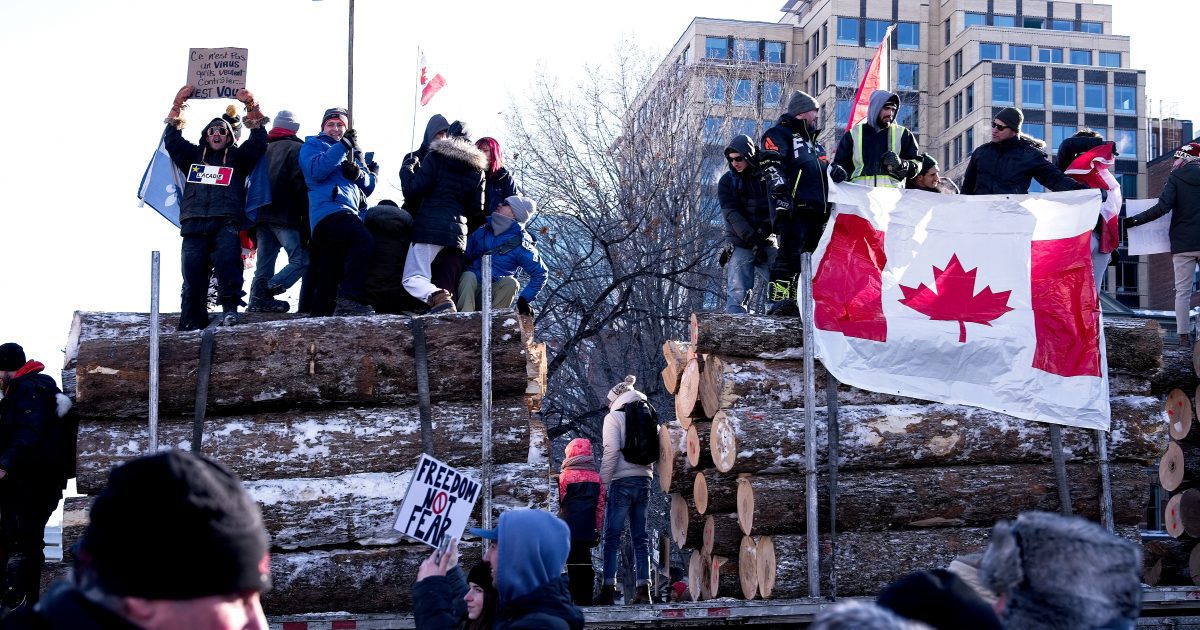 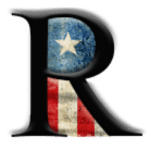 Leading into the segment, NBC anchor Lester Holt seemed displeased with this brand of local politics. “In San Francisco, a stunning landslide vote in the hyper, local politics playing out in that city and beyond. Three school board commissioners voted out. The latest example of this local political activism sweeping the nation,” he whined.

The report was delivered by tech correspondent Jake Ward who called the recall a “historic vote” and “once-in-a-generation.”

But despite noting that the “city sued the board last year over lack of clear reopening plan following pandemic closures,” Ward leaned on school board backers to claim the REAL reason the board was recalled was racism:

WARD: In San Francisco, opponents of the recall say it’s the commissioners' fight for social justice that got them in trouble. 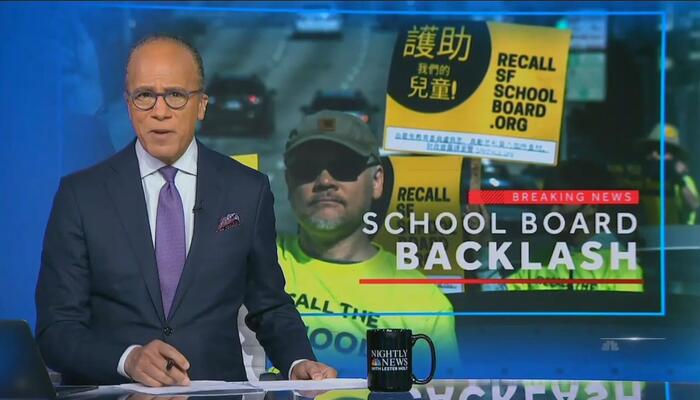 Another one wanting to indoctrinate kids to gender fluidity and anti-racism (which means racism against whites and asians).

WHAT IS WRONG WITH THESE SCHOOL BOARDS? IT’S AS IF THE MARXISTS PUT THESE LEFTARDS IN THESE POSITIONS BY DESIGN. THEY ARE ACTIVELY DESTROYING OUR NATION FROM WITHIN.

Libs of Tik [email protected] memeber of @OrangeCoSchools speaks about the importance of talking with kids about genderfluidity and anti-racism.
https://twitter.com/i/web/status/1494149516433367043 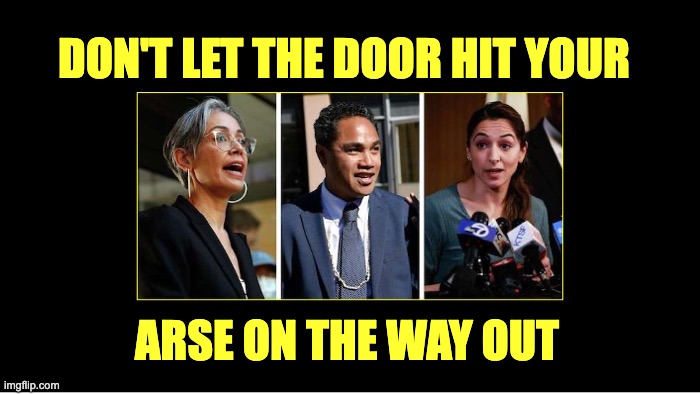 ‘Get The F**k Out Of Here!’ School Board Meeting Goes Wild Over Masks